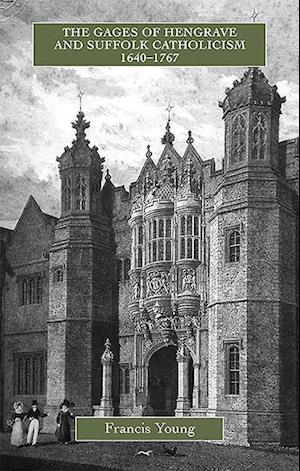 For almost 250 years the Gages of Hengrave Hall, near Bury St Edmunds, were the leading Roman Catholic family in Suffolk, and the sponsors and protectors of most Catholic missionary endeavours in the western half of the county. This book traces their rise from an offshoot of a Sussex recusant family, to the extinction of the senior line in 1767, when the Gages became the Rookwood Gages. Drawing for the first time on the extensive records of the Gage familyin Cambridge University Library, the book considers the Gages as part of the wider Catholic community of Bury St Edmunds and west Suffolk, and includes transcriptions of selected family letters as well as the surviving eighteenth-century Benedictine and Jesuit mission registers for Bury St Edmunds. Although the Gages were the wealthiest and most influential Catholics in the region, the gradual separation and independent growth of the urban Catholic community in Bury St Edmunds challenges the idea that eighteenth-century Catholicism in the south of England was moribund and "seigneurial". The author argues that in the end, the Gages' achievement was to create a Catholic community that could eventually survive without their patronage. Francis Young gained his doctorate from the University of Cambridge.