The Future of NATO Airpower 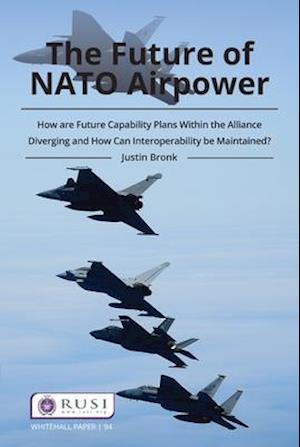 Airpower remains the cornerstone of NATO's military advantage, so maintaining the ability to win air superiority over peer opponents in a conflict is key to long-term deterrence stability in both Europe and the Pacific. This Whitehall Paper examines the various modernisation and future capability development efforts being undertaken within NATO, and analyses the major threat systems and overall modernisation trends of the West's main peer-competitors - Russia and China.US airpower capability development efforts are increasingly focused on countering the growing challenge from the Chinese military in the Pacific. To meet this challenge, the Pentagon is planning to transform the way it operates across all domains over the next 15 years. New platforms, weapons systems and increasing automation of command and control threaten to leave NATO allies behind.Current acquisition and modernisation plans of European air forces may eventually close the capability gap with current US theatre entry standard capabilities, but by then the US will have leapt ahead once more. Furthermore, many of the airpower capabilities which the US is pursuing for the Pacific theatre are significantly less relevant for the demands of deterrence against Russia in Europe. Given continuing dependence on US enablers on the part of other NATO members, a significant divergence in capability plans threatens to undermine crucial Alliance interoperability if not recognised and managed early.