- Authority, Liberty and the Search for Stability 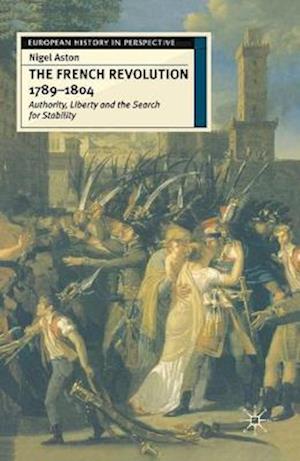 What was the appeal of the values of the Revolution? When did disillusionment set in, and why? Why did so few women identify with the Revolution? These are some of the questions which recur in this fresh study which focuses on some of the major themes at the heart of the current debate on the French Revolution and the Counter-Revolution. The French Revolution, 1789-1804:- examines the human cost of Revolutionary change and the political ruthlessness of its key players- explores the continuities and ruptures in the unfolding of the Revolution up to 1804 and Napoleon's coronation as emperor- discusses the emergence of a new political culture, institutions, political participation and rhetoric- considers the social history of the 1790s with an assessment of the militarisation of France, violence and vandalism, and the social effects of economic changes- adopts a wide perspective and looks at the reception of Revolutionary values in Europe, the French colonies, and the United StatesNigel Aston's concise study is essential reading for all those with an interest in this crucial moment in the creation of the modern world.