The Freedom of Speech

- Talk and Slavery in the Anglo-Caribbean World 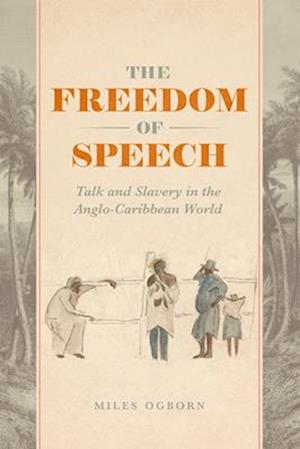 The institution of slavery has always depended on myriad ways of enforcing the boundaries between slaveholders and the enslaved. As historical geographer Miles Ogborn reveals in The Freedom of Speech, no repressive tool has been as pervasive as the policing of words themselves. Offering a compelling new lens on transatlantic slavery, this book gathers rich historical data from Barbados, Jamaica, the United Kingdom, and North America to delve into the complex relationships between voice, slavery, and empire. From the most quotidian encounters to formal rules of what counted as evidence in court, the battleground of slavery lay in who could speak and under what conditions. But, as Ogborn shows through keen attention to the narratives and silences in the archives, if slavery as a legal status could be made by words, it could be unmade by them as well. A masterful look at the duality of domination, The Freedom of Speech offers a rich interpretation of oral cultures that both supported and constantly threatened to undermine the slave system.