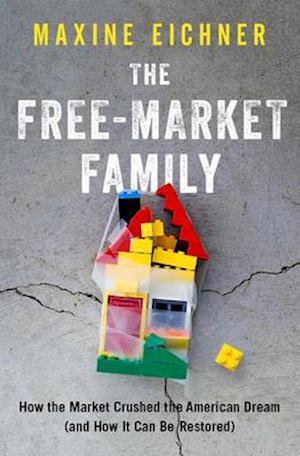 A steady drumbeat of bad news about the state of our nation has convinced Americans that our country has gone badly off the rails. But where, exactly, did we go wrong? In this provocative book, Maxine Eichner argues that our fundamental problem is that market pressures are overwhelming American families today. This has caused the wellbeing of American adults to deteriorate, and the soundness of our kids to plummet. The market takes a toll on families at both ends of the economic spectrum, though the tolls are very different at each end. For poor and working-class families, uncertain job prospects and low wages mean many won't ever form the stable relationships they seek, causing the threads that bind them into the social fabric to fray. Their kids are more likely to be raised in single-parent families, and tight family budgets means they won't get a good start. At the other end of the spectrum, families of professionals have plenty of cash, but parents' long work hours combined with intensive parenting demands makes life a grinding slog. Their kids, meanwhile, face intense, sometimes overwhelming, pressure to achieve in order to secure their own economic future. The problems all families face, though, derive from the same source: an increasingly unequal economy that reduces both security and our ability to perform the basic tasks necessary to sustain strong families. The damage wrought by market forces on American families is far from inevitable, however. Instead, it is the result of five decades of wrongheaded public policy that insists families must fend for themselves in the market without any help from government. That "free-market family policy," has made us an outlier among wealthy countries in the world. Eichner convincingly links that policy to a wide range of negative outcomes that plague America: unstable relationships, reduced lifespans, declining academic achievement, and lower levels of happiness compared with other wealthy countries. What we need instead are commonsense market regulations that help improve family life.