The Fox, The Captain's Doll, The Ladybird 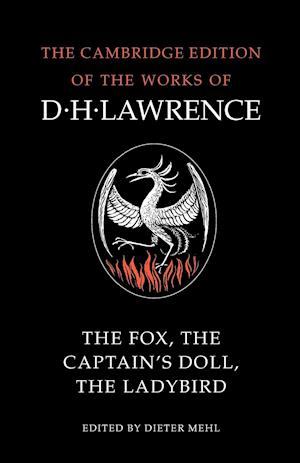 D. H. Lawrence wrote these three 'novelettes' between November 1920 and December 1921; they were enthusiastically received by his English publisher and his readers. The ending of the first version of 'The Fox', written in December 1918, is given in an appendix; Lawrence added a 'long tail' two years later, expanding the story to about three times its original length. 'The Ladybird' also started out as a short story, but was completely rewritten; two manuscript pages omitted by the typist are here included for the first time. The characters and the setting of 'The Captain's Doll' arose out of Lawrence's visit to Austria in summer 1920. Dieter Mehl gives all three composition histories including Lawrence's wish to have them published together, problems with typists and in publication. There is also an appendix on the models for the two main characters and the setting of 'The Fox'.