The Founding Myths of Israel

- Nationalism, Socialism, and the Making of the Jewish State 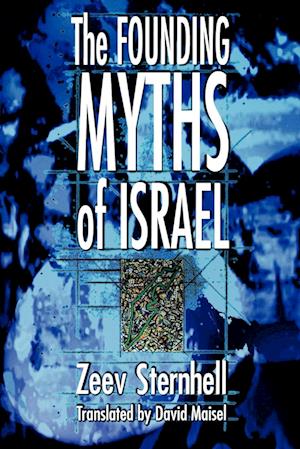 The well-known historian and political scientist Zeev Sternhell here advances a radically new interpretation of the founding of modern Israel. The founders claimed that they intended to create both a landed state for the Jewish people and a socialist society. However, according to Sternhell, socialism served the leaders of the influential labor movement more as a rhetorical resource for the legitimation of the national project of establishing a Jewish state than as a blueprint for a just society. In this thought-provoking book, Sternhell demonstrates how socialist principles were consistently subverted in practice by the nationalist goals to which socialist Zionism was committed. Sternhell explains how the avowedly socialist leaders of the dominant labor party, Mapai, especially David Ben Gurion and Berl Katznelson, never really believed in the prospects of realizing the "dream" of a new society, even though many of their working-class supporters were self-identified socialists.The founders of the state understood, from the very beginning, that not only socialism but also other universalistic ideologies like liberalism, were incompatible with cultural, historical, and territorial nationalism. Because nationalism took precedence over universal values, argues Sternhell, Israel has not evolved a constitution or a Bill of Rights, has not moved to separate state and religion, has failed to develop a liberal concept of citizenship, and, until the Oslo accords of 1993, did not recognize the rights of the Palestinians to independence. This is a controversial and timely book, which not only provides useful historical background to Israel's ongoing struggle to mobilize its citizenry to support a shared vision of nationhood, but also raises a question of general significance: is a national movement whose aim is a political and cultural revolution capable of coexisting with the universal values of secularism, individualism, and social justice? This bold critical reevaluation will unsettle long-standing myths as it contributes to a fresh new historiography of Zionism and Israel.At the same time, while it examines the past, The Founding Myths of Israel reflects profoundly on the future of the Jewish State.

Forfattere
Bibliotekernes beskrivelse Advances an interpretation of the founding of modern Israel. This book demonstrates how socialist principles were subverted in practice by the nationalist goals to which socialist Zionism was committed. It provides a historical background to Israel's struggle to mobilize its citizenry to support a shared vision of nationhood.