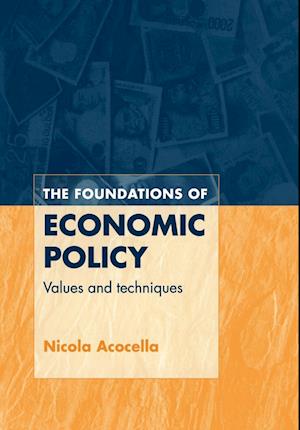 Recent developments in public economics have largely been in the direction of reaffirming the limits of the market and of establishing new ones. The possible existence of fundamental non-convexities, imperfect and asymmetric information, incentive compatibility, imperfect competition, strategic complementarity, and scale economies led to the conclusion that a large set of market failures exist; such situations also imply government failure. Acocella, considers this complicated picture and provides a discussion of the different approaches to establishing social 'rankings' of the possible situations and the underlying principles. The arguments for and against different institutions are then analysed at a micro and macroeconomic level. The market and the government are recognised as imperfect, and thus complementary, institutions. Specific policy targets and instruments are considered in the areas of micro and macro-economic policy. Special attention is devoted to questions of policy management in an open economy. Finally, problems of domestic and international policy co-ordination are considered.