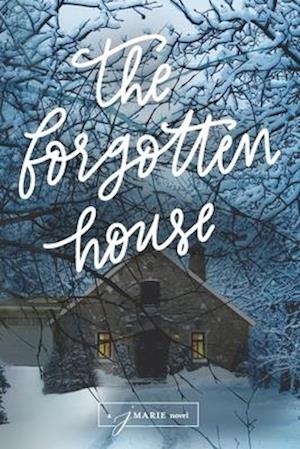 Death may silence your voice, but your spirit lives on in the ones still here, the ones you left behind. These people now must piece together all the tasks you've left unfinished and all the words you've left unsaid. With your abrupt departure, they find that you didn't quite take care of everything. Thankfully, you left a note. It's just too bad you weren't more specific...

When literary and film legend JL McMichael dies suddenly of a heart attack, his family, industry colleagues and fans are devastated and mourn his passing, recognizing the incredible impact his work has had on a generation. But, living life as a legend isn't always easy, and sometimes even legends fall short, especially with those closest to them, their family.

With his passing, the writer's son Canton and daughter Jasmine, both active in their father's business empire, become the primary beneficiaries of his sizeable estate, including his multiple residences across the country. But, of course, there is also his granddaughter Mallory, his youngest son Parker's daughter, to consider.

A charge of his ever since Parker and his wife died in a tragic car accident over ten years earlier, JL McMichael's estranged granddaughter Mallory is beneficiary of his writing get-away, a little stone house in Minnesota. Mallory's inheritance - this house, so insignificant that the family forgot he even owned it - feels like the final, spite-filled blow in the tumultuous battle of wills between the enigmatic literary legend and his headstrong granddaughter.

Upon her arrival in Minnesota, Mallory finds that The Forgotten House holds some painful memories of her life with her grandfather, but it also holds some tantalizing secrets outlined in a letter he wrote to her, but never delivered. This letter, encouraged by the intriguing next-door neighbor, propels her on a journey that could change everything.