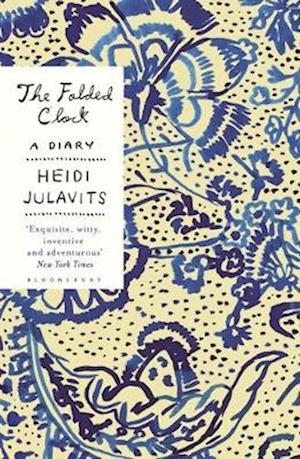 An insightful meditation on time, relationships and identity, The Folded Clock is a funny, thoughtful and inquisitive diary for fans of Olivia Laing and Jenny Offill Like many young people, Heidi Julavits kept a diary. Decades later she found her old diaries in a storage bin, and hoped to discover the early evidence of the person (and writer) she'd since become. Instead, they 'revealed me to possess the mind of a paranoid tax auditor'. Thus was born a desire to try again, to chronicle her daily life as a fortysomething woman, wife, mother and writer. The dazzling result is The Folded Clock, in which the diary form becomes a meditation on time and self, youth and aging, betrayal and loyalty, friendship and romance, faith and fate, marriage and family, desire and death, gossip and secrets, art and ambition. The Folded Clock is as playful as it is brilliant, a tour de force by one of the most gifted prose stylists in the English language.