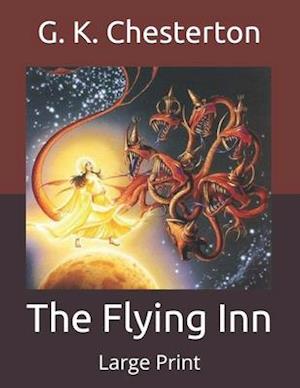 THE sea was a pale elfin green and the afternoon had already felt the fairy touch of eveningas a young woman with dark hair, dressed in a crinkly copper-coloured sort of dress of theartistic order, was walking rather listlessly along the parade of Pebblewick-on-Sea, trailinga parasol and looking out upon the sea's horizon. She had a reason for looking instinctivelyout at the sea-line; a reason that many young women have had in the history of the world.But there was no sail in sight.On the beach below the parade were a succession of small crowds, surrounding the usualorators of the seaside; whether niggers or socialists, whether clowns or clergymen. Herewould stand a man doing something or other with paper boxes; and the holiday makerswould watch him for hours in the hope of some time knowing what it was that he wasdoing with them. Next to him would be a man in a top hat with a very big Bible and a verysmall wife, who stood silently beside him, while he fought with his clenched fist against theheresy of Milnian Sublapsarianism so wide-spread in fashionable watering-places. It wasnot easy to follow him, he was so very much excited; but every now and then the words"our Sublapsarian friends" would recur with a kind of wailing sneer. Next was a young mantalking of nobody knew what (least of all himself), but apparently relying for public favourmainly on having a ring of carrots round his hat. He had more money lying in front of himthan the others. Next were niggers. Next was a children's service conducted by a man witha long neck who beat time with a little wooden spade. Farther along there was an atheist, ina towering rage, who pointed every now and then at the children's service and spoke ofNature's fairest things being corrupted with the secrets of the Spanish Inquisition-by theman with the little spade, of course. The atheist (who wore a red rosette) was verywithering to his own audience as well. "Hypocrites " he would say; and then they wouldthrow him money. "Dupes and dastards " and then they would throw him more money. Butbetween the atheist and the children's service was a little owlish man in a red fez, weaklywaving a green gamp umbrella. His face was brown and wrinkled like a walnut, his nosewas of the sort we associate with Jud a, his beard was the sort of black wedge we associaterather with Persia. The young woman had never seen him before; he was a new exhibit inthe now familiar museum of cranks and quacks. The young woman was one of those peoplein whom a real sense of humour is always at issue with a certain temperamental tendencyto boredom or melancholia; and she lingered a moment, and leaned on the rail to listen.