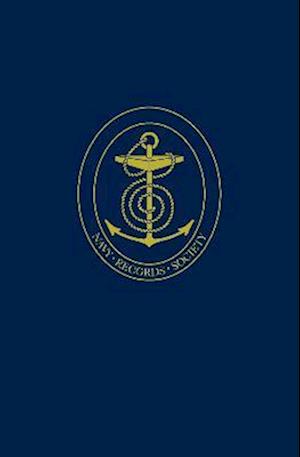 This collection of documents is restricted to official papers written by (or at the instigation of) Admiral Sir John Fisher, first Baron Fisher (1841-1920) in his capacity as First Sea Lord 1904-1910.Fisher was convinced of the inevitability of war with Germany. All his volcanic energy was directed to reforming the Royal Navy and preparing it for that war. The Edwardian Royal Navy which he inherited in 1904 was, for all its swank and circumstance, a moribund organization with an administrative apathy that stretched from the Admiralty downwards. His arrival came like a thunderclap upon both the Admiralty and the Navy and his shock tactics rocked the Service to its foundations. The scale and pace of his reforming achievements were astonishing. 'But the Navy was not a pleasant place while this was going on' (Churchill).Fisher's reforms were achieved at a cost. Predictably, these changes were anathema for many of the Old Guard. But many modern, thinking officers were alienated by Fisher's absolute intolerance of contrary views. Fisher made no attempt to accommodate other opinions. Men who questioned his views were enemies to be crushed. Individual critics were 'damnable skunks' or 'pestilent pimps'. The Admiralty had never seen the like. The cost was deep dissention throughout the officer corps of the Royal Navy. However, Winston Churchill, who recalled Fisher in 1914 for what proved a fatal experience for both men, judged Fisher as 'a man truly great despite his idiosyncrasies and truly good despite his violence'.Fisher forced through four great reforms. His early target was the many obsolete warships that showed the flag around remote parts of the Empire. Their officers and men rusted for lack of training with the modern fleet. Most of the warships were brought home and scrapped and the personnel thus saved were allocated to the nucleus crew system for the Reserve Fleet. Fighting ships in reserve were to be manned with two fifths of their normal complement to facilitate their mobilization to reinforce the active fleet in home waters at short notice.The growing realization of the threat posed by Germany, led the Admiralty slowly and steadily to concentrate the cream of the fleet in home waters. Pre-eminent among Fisher's achievements in the realm of materiel was the introduction of the all-big-gun, turbine-propelled battleship, HMS Dreadnought in 1906 and the first battle-cruiser, HMS Invincible, in 1908. The revolution in naval warfare which these ships precipitated does not require rehearsing here. The Selborne Scheme for the common entry and training of all officers was well-established by 1904. Its main purpose to close the social gap between Executive and Engineer officers took time to gain acceptance. The only amendment was the removal of Royal Marines officers from common training in 1906 because of their very distinct military training requirements.