- Fearless Knights, Ruthless Princes and the Coming of Gunpowder Armies 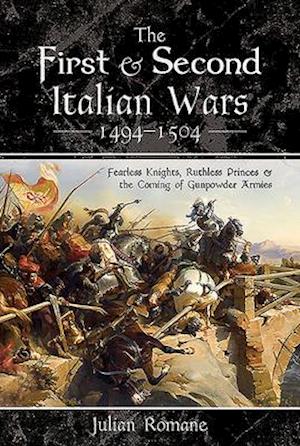 The First and Second Italian Wars describes the course of military operations and political machinations in Italy from 1494 to 1504. The narrative begins with the French conquest of much of Italy. But the French hold collapsed. The second French invasion gained Northern Italy. This time, the French allied with the Pope's son, Cesare Borgia. Cesare managed to double deal too many people; his efforts ended in disaster. The French agreement with the Spanish allowed them to retake Naples only to be defeated at the Garigliano by the famous general, Gonzalo de Cordoba.

These wars were not just another series of medieval fights. These battles were different from what had gone before: the French utilized a new method of artillery transport; the Spanish commander formulated a new system of military unit organization, and Cesare Borgia sought different systems of raising troops and forming states. And all the powers managed to spend vast amounts of money the likes of which no one had imagined before. This was the emergence of the so-called Military Revolution.