Firebird Chronicles, The: The Nemesis Charm

indgår i serie The Firebird Chronicles 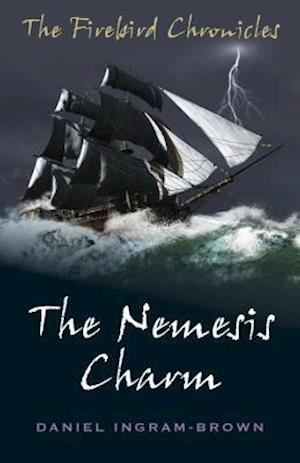 Would it be possible to fade to black at the bottom and keep the same angle on the fade as for the Firebird Chronicles, just to keep it consistent? And perhaps have the ship just a little bigger? They say only the dead can cross a Threshold, the dead and those who have faced a Nemesis Charm. When Apprentice Adventurers, Fletcher and Scoop, discover their mother has fallen under the curse of a strange sickness, they prepare to sail for its source, a Threshold, a doorway to the world beyond the Un-Crossable Boundary. But they are not the only ones seeking to cross the Threshold. Their old enemy, Grizelda, has heard that beyond the Boundary lives a woman with the same power as the Storyteller. With the help of a monster made with an undead heart, she plans to cross the Boundary and steal that power for herself. If she succeeds, the Academy, the island and everything in Fletcher and Scoop's world will be hers.

Forfattere
Bibliotekernes beskrivelse Sickness spills from beyond the Un-Crossable Boundary. Can Fletcher and Scoop break its deadly curse before their old enemy takes control?