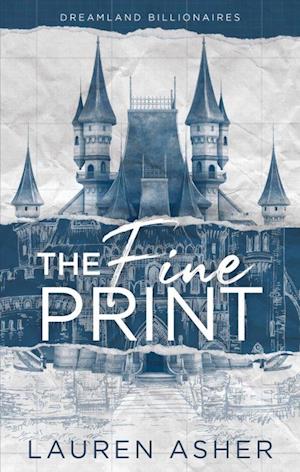 Rowan Kane is creating modern day fairy tales in his theme parks, production companies and luxury hotels. But then he hires Zahra. For Zahra it’s her dream job but everything gets complicated when their mutual attraction takes off. Even though Rowan is rude and difficult she falls for him. But everything changes when she discovers his secret.

Forfatter
Forlagets beskrivelse **THE TIKTOK SENSATION**RowanI'm in the business of creating fairy tales.Theme parks. Production companies. Five-star hotels.Everything could be all mine if I renovated Dreamland.My initial idea of hiring Zahra was good in theory, but then I kissed her.Things spiraled out of control once I texted her using an alias.By the time I realized where I went wrong, it was too late.People like me don't get happy endings.Not when we're destined to ruin them.ZahraAfter submitting a drunk proposal criticizing Dreamland's most expensive ride, I should have been fired.Instead, Rowan Kane offered me a dream job.The catch? I had to work for the most difficult boss I'd ever met.Rowan was rude and completely off-limits, but my heart didn't care.At least not until I discovered his secret.It was time to teach the billionaire that money couldn't fix everything.Especially not us.The Fine Print is the first book in a series of spicy standalone novels featuring three billionaire brothers.
Bibliotekernes beskrivelse The bestselling spicy series about three billionaire brothers and the women who bring them to their knees . . .