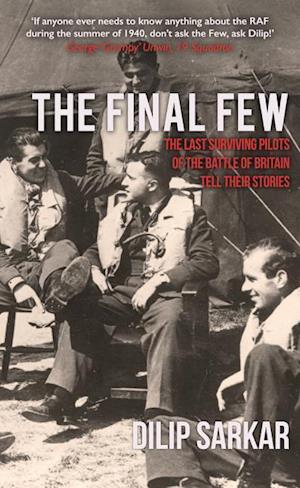 During the summer of 1940, Britain stood alone, defying the Luftwaffe's aerial assault - the prelude to a proposed seaborne invasion. Fighter Command faced this challenge against overwhelming odds with immeasurable courage and tenacity, the Prime Minister, Winston Churchill, immortalising these young Spitfire and Hurricane pilots as 'The Few'. Some 2,927 aircrew comprised the 'Few', 544 of whom made the ultimate sacrifice that fateful summer, now known as the Battle of Britain. A further 791 would perish before the war's end.Today, precious few indeed remain alive worldwide. Veteran aviation historian Dilip Sarkar, however, has spent a lifetime recording the stories of casualties and the memories of survivors.In this important book, Dilip brings us more original research and new interviews with 'The Final Few'. This is likely to be the last such work produced, as sadly but inevitably Churchill's 'Few' fade from living memory.