The Fifth Crusade in Context 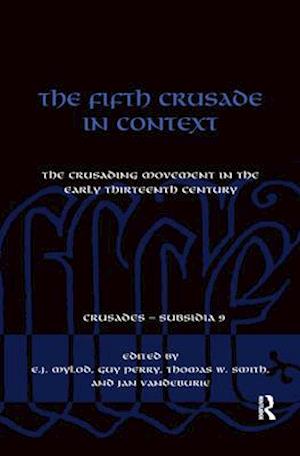 The Fifth Crusade represented a cardinal event in early thirteenth-century history, occurring during what was probably the most intensive period of crusading in both Europe and the Holy Land. Following the controversial outcome of the Fourth Crusade in 1204, and the decrees of the Fourth Lateran Council in 1215, Pope Innocent III's reform agenda was set to give momentum to a new crusading effort. Despite the untimely death of Innocent III in 1216, the elaborate organisation and firm crusading framework made it possible for Pope Honorius III to launch and oversee the expedition. The Fifth Crusade marked the last time that a medieval pope would succeed in mounting a full-scale, genuinely international crusade for the recovery of the Holy Land, yet, despite its significance, it has largely been neglected in the historiography. The crusade was much more than just a military campaign, and the present book locates it in the contemporary context for the first time. The Fifth Crusade in Context is of crucial importance not only to better understand the organization and execution of the expedition itself, but also to appreciate its place in the longer history of crusading, as well as the significance of its impact on the medieval world.