indgår i serie The Fifteenth Century 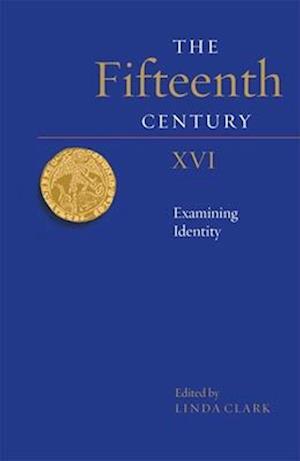 The vitality and diversity of research into the late medieval period are exemplified by the contents of this volume. A central theme is the medieval Church: examinations of the process of ordination, the parishioners of Dartford in Kent and the influence of their learned vicar, how monastic chroniclers changed their focus as the century progressed, the perhaps unjustified reputation of Bishop Ayscough of Salisbury, and the significance of Edward IV's charter of ecclesiastical liberties. Another strand concentrates on Ireland, to explore both the complex relations between the Gaelic-speaking peoples of the west and the Stewart monarchy in Scotland, and the status and participation in government of the English settled near Dublin. Unusual perspectives on London are derived from a study of those engaged in identity theft there at the start of the century, and two heralds' accounts of the public processions and elaborate funeral rites accorded to a French ambassador at its end. Contributors: Des Atkinson, Brian Coleman, Zosia Edwards, Simon Egan, Charles Giry-Deloison, Daniel Gosling, Samuel Lane, David Lepine, Claire Macht