- Women as Consumers, Patrons and Painters 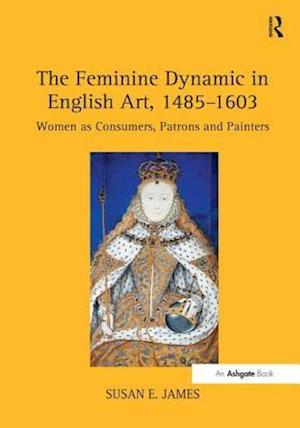 A significant contribution to the understanding of sixteenth-century English art in an historical context, this study by Susan James represents an intensive rethinking and restructuring of the Tudor art world based on a broad, detailed survey of women's diverse creative roles within that world. Through an extensive analysis of original documents, James examines and clarifies many of the misperceptions upon which modern discussions of Tudor art are based. The new evidence she lays out allows for a fresh investigation of the economics of art production, particularly in the images of Elizabeth I; of strategies for influencing political situations by carefully planned programs of portraiture; of the seminal importance of extended clans of immigrant Flemish artists and of careers of artists Susanna Horenboult and Lievine Teerlinc and their impact on the development of the portrait miniature. Drawn principally from primary sources, this book presents important new research which examines the contributions of Tudor women in the formation, distribution and popularization of the visual arts, particularly portraiture and the portrait miniature. James highlights the involvement of women as patrons, consumers and creators of art in sixteenth-century England and their use of the painted image as a statement of cultural worth. She explores and analyzes the amount of time, money, effort and ingenuity which women across all social classes invested in the development of art, in the uses they found for it, and the surprising and unexpected ways in which they exploited it.

Forfattere
Bibliotekernes beskrivelse Contributing to the understanding of 16th century English art in an historical context, this study represents a rethinking and restructuring of the Tudor art world based on a broad survey of women's diverse creative roles within that world. It examines and clarifies many of the misperceptions upon which modern discussions of Tudor art are based.