- The Female Binary and Public Violence against Women 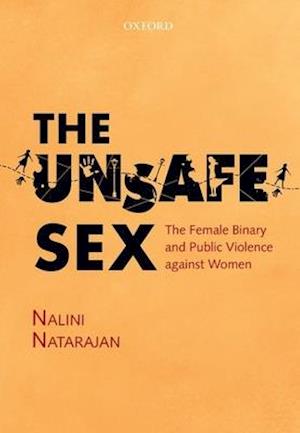 Not too long ago, India woke up to the heart-rending horror of the Nirbhaya rape case. While the brutal violence against the victim sent shockwaves throughout the country, the rapists (as well as other men on the streets) caused further moral outrage by blaming the victim for being out at night and holding her responsible for her rape. What does this signify? Is there an ongoing visceral war waged by men against women? The Unsafe Sex addresses this phenomenon and provides a socio-historical and cultural context to explain why public violence against women is rooted in the binary within which they are viewedwomen as, ideally, a source of dignity within the home, while being a source of shame outside it. Probing the intensification of this war on womens bodies, it delves into issues about their safety and security in an increasingly unpredictable world. Drawing from anthropology, myths, literature and film,history, sociology of class and change, and feminist theory, this book explores the reasons underlying a glaring fissure in our public lifecruelty towards women in public places.

Forfattere
Bibliotekernes beskrivelse Exploring the intensification of the war on womens bodiesthrough sati, dowry demands and dowry deaths, and rapethis book draws from anthropology, myths, literature and film, history, sociology of class and change, and feminist theory to bring to light how progressive representations of men may depend on the curtailing of options for women.