The Federation Cup and Nigerian Football:A tribute to the nation's oldest football competition 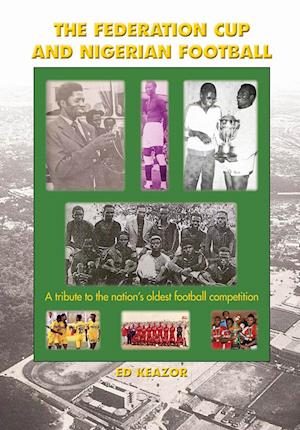 A comprehensive, panoramic view of Nigeria’s oldest sports competition. This book traces the history of the Federation Cup through its life history spanning over 70 years. Its previous formats include The War Memorial Cup, The Governor’s Cup, Challenge Cup, and the Coca Cola FA Cup. It also covers the history of Nigerian football, from the playing fields of Victorian and Edwardian Lagos, Calabar, and Zaria in the early 1900s, through the early football competitions, such as the Beverley, Trenchard, and Lagos City Cup competitions. The growth of football administration, the great players and games of the competition through the years are also covered, as is a tribute to the historical importance of the Federation Cup. The book celebrates the nation’s incredible football pedigree. Some comments read: "I have played football all my life, and I believe in the power of football as a great platform for unity, sportsmanship, fitness and team building on the African continent, which my foundation Africa 10 has promoted. Thus, when Obi Asika told me about this book, I was enthused and more so to read and find out from it that my maternal grandfather Sir Adeyemo Alakija was a founding member of the first Nigerian Football Association in 1933. An excellent work." - Kojo Annan, Africa 10 Foundation; "A useful resource in documenting the nation’s football history and a very commendable effort.|" - Alhaji Aminu Maigari, president of the Nigerian Football Federation; "A historic masterpiece." - Seyi Akinwunmi, chairman,Lagos State FA