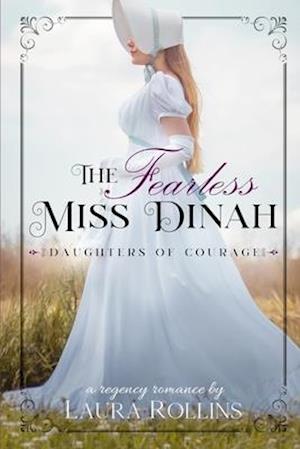 In his mind, nothing is more important than the plan.

In her mind, ruining the plan would be even better.

For months now, Miss Dinah Mulgrave has been hiding that she's a spy, working to stop smugglers. A pretty dress, a charming smile, and a little flirting are all that's necessary for a lady to learn all sorts of secrets. But when she's sent on the most dangerous mission thus far, things turn terribly wrong. Though she escapes unharmed, a man's cover is blown. Not only that, but the two of them are caught in a compromising situation. There is nothing for it but to wed.

As a resigned bachelor secretly working to stop the smuggler who murdered his closest friend, Lord Henry Stanton lives life by a strict plan. But after a certain lovely, yet spontaneous young woman throws one of his plans for a loop, Henry finds himself no longer with a viable cover or a means of getting justice for his friend. As if that wasn't enough, he must marry the very woman who destroyed all he'd worked years for.

Dinah and Henry begin life together as little more than strangers. Though Dinah approaches this new change in her life optimistically, Henry puts his foot down-he will never see her as more than another family member living under his roof. But Dinah isn't ready to give up on love and romance. And as her cousin and sister have proved, no one gainsays a Mulgrave. Not even one's own husband.

As the third stand-alone novel in a new series by author Laura Rollins, The Fearless Miss Dinah continues the Daughters of Courage series. This charming story is a light-hearted, clean and wholesome romance set in the Regency era (think: a clean Bridgerton). All books in this series have their own Happily-Ever-After and can be read apart but are best enjoyed in proper order.