The Fathers of the Soviet Union

- The Lives and Legacies of Vladimir Lenin and Joseph Stalin 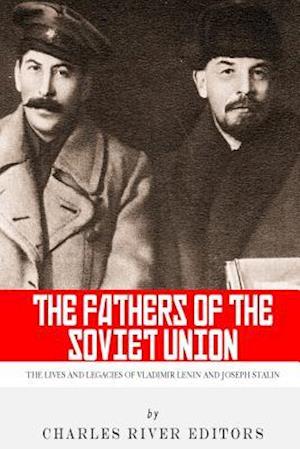 *Includes pictures of Lenin, Stalin, and important people, places, and events in their lives.

*Discusses the conspiracy theories surrounding Stalin's death and how Stalin came to power against Lenin's wishes.

*Includes a bibliography for further reading. "We want to achieve a new and better order of society: in this new and better society there must be neither rich nor poor; all will have to work. Not a handful of rich people, but all the working people must enjoy the fruits of their common labour." - Vladimir Lenin

"It is time to finish retreating. Not one step back Such should now be our main slogan." - Joseph Stalin

Among the leaders of the 20th century, arguably none shaped the course of history as much as Vladimir Lenin (1870-1942), the Communist revolutionary and political theorist who led the Bolshevik Revolution that established the Soviet Union. In addition to shaping the Marxist-Leninist political thought that steered Soviet ideology, he was the first Soviet premier until his death and set the Soviet Union on its way to becoming one of the world's two superpowers for most of the century, in addition to being the West's Cold War adversary.

As it turned out, the creation of the Soviet Union came near the end of Lenin's life, as he worked so hard that he had burned himself out by his 50s, dying in 1924 after a series of strokes had completely debilitated him. Near the end of his life, he expressly stated that the regime's power should not be put in the hands of the current General Secretary of the Communist Party, Joseph Stalin.

Of course, Stalin managed to do just that, modernizing the Soviet Union at a breakneck pace on the backs of millions of poor laborers and prisoners. If Adolf Hitler had not inflicted the devastation of World War II upon Europe, it's quite likely that the West would consider Joseph Stalin (1878-1953) the 20th century's greatest tyrant. Before World War II, Stalin consolidated his position by frequently purging party leaders (most famously Leon Trotsky) and Red Army leaders, executing hundreds of thousands of people at the least. In one of history's greatest textbook examples of the idea that the enemy of my enemy is my friend, Stalin's Soviet Union allied with Britain and the United States to defeat Hitler in Europe, with the worst of the war's carnage coming on the eastern front during Germany's invasion of Russia. Nevertheless, the victory in World War II established the Soviet Union as of the world's two superpowers for nearly 50 years, in addition to being the West's Cold War adversary.

By the time Stalin died in 1953, it was written that he "had found Russia working with wooden ploughs and is] leaving it equipped with atomic piles." Of course, he was reviled in the West, where it was written, "The names of Lenin, Stalin, and Hitler will forever be linked to the tragic course of European history in the first half of the twentieth century." The Fathers of the Soviet Union explores the lives and legacies of Lenin and Stalin before the Bolshevik Revolution, as well as the crucial roles they played in establishing the Soviet Union and turning it into a modern superpower. Along with pictures of important people, places, and events, you will learn about Lenin and Stalin like you never have before, in no time at all.