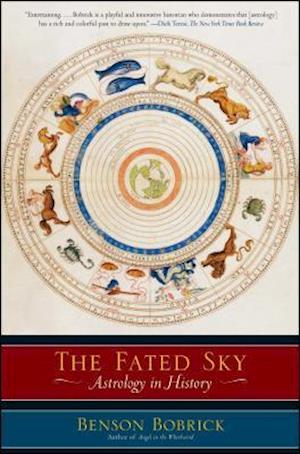 Astrology is the oldest of the occult sciences, and it has had an unshakeable hold on the human mind for centuries. Universities, such as Oxford and the Sorbonne, offer courses on it. In THE FATED SKY Benson Bobrick gives us a fascinating history of the discipline that Ralph Waldo Emerson called 'astronomy brought down to earth and applied to the affairs of men.' Notable Greeks and Romans fervently believed in astrology. St. Augustine condemned it, but St. Thomas Aquinas thought astrology not incompatible with Christian faith. Shakespeare accepted it, and when Edmund Halley disparaged astrology, Isaac Newton said to him, 'I, sir, have studied the subject, and you have not.' All the great Renaissance astronomers believed in the influence of the stars and planets over human affairs. In more recent times, Winston Churchill, Charles de Gaulle and Ronald Reagan consulted astrologers. As Carl Jung predicted, astrology is again a subject of serious study, and now Benson Bobrick has written the first complete history of the world's oldest subject.