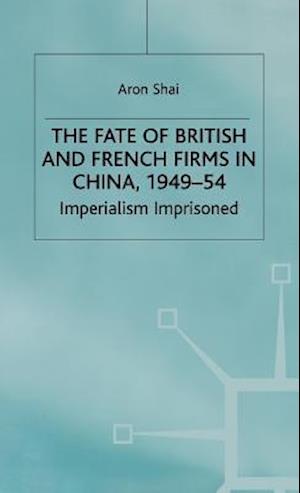 This book takes a somewhat different view of international or diplomatic history by concentrating on the more profound elements of sino-foreign relations, namely the economic and the commercial, especially with regard to Britain and France. The immediate post-revolutionary period in China is viewed here in the wider context of Britain and France's post-imperial decline and expressions such as 'imperialism imprisoned' and 'captive capitalism' are some new and interchangeable terms employed in this context. In contrast to the traditional interpretation that Chinese policies regarding the old imperial powers involved nationalization of foreign companies through the expropriation of their property, this study shows that almost no such practice took place. Rather, instances of appropriation only occurred following an indirect, subtle and protracted process. It is precisely because of the uniqueness of the process and its relatively long duration that the new regime in China succeeded in achieving its goals, perhaps even exceeding them. This study is based on hitherto inaccessible public, private and company archives in Britain, France and China.