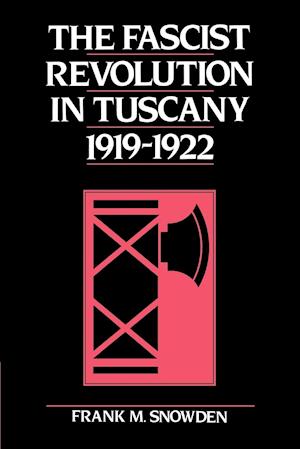 This 1989 book is a detailed study of the social origins of the fascist reaction in Tuscany, which played a key role in the rise of Italian fascism to power. Tuscan fascism was second to none in its violence, organisational strength, intransigence and missionary zeal. The central question is who supported fascism, and why. To what extent did Tuscany, a major agricultural region, conform to national patterns? What are the implications of the pattern of support for fascism in Tuscany for the wider interpretation of the movement? Dr Snowden offers a thematic approach, discussing in turn agrarian fascism, industrial and urban activity, and relations between the black-shirts and state officials. Thus the significance of the fascist militancy of particular social groups and classes can be assessed for the period between the mass strikes in 1919 and the end of labour militancy marked by the beginning of the fascist dictatorship.