indgår i serie The Stanley Family 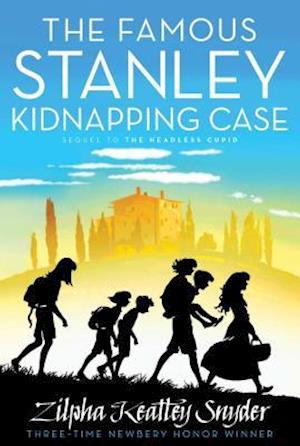 Five stepsiblings must escape their foreign captors in this breathtaking second book in the Stanley Family series, a companion to The Headless Cupid, from three-time Newbery Honor winner Zipha Keatley Snyder. The Stanley family is moving to Italy David, Janie, and twins Esther and Blair are thrilled. But their moody stepsister Amanda, thwarted from spending time in California with her father, spends the trip alternately moping or boasting about how rich her father is. And precocious Janie translates everything Amanda says to all the neighbors. But such bragging does not go unnoticed. One terrible night, the children are kidnapped. David tries to make friends with the kidnappers to protect his family. But that's hard to do when Janie lectures them on how to write a ransom note and Esther complains about the terrible food. Can David and Amanda use their siblings' hijinks to outsmart the kidnappers?