The Fall and Rise of the Asiatic Mode of Production 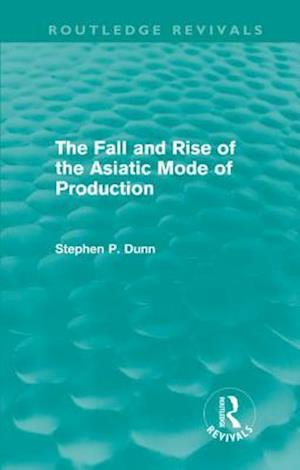 This reissue was first published in 1982. It deals specifically with the 'Asiatic mode of production' described by Karl Marx in his basic evolutionary model for human society. The term defines a special form of society marked by state ownership of the means of production and extensive intervention by the state in all forms of social life. In the soviet Union, the concept has had a chequered and controversial career: leading writers, primarily Stalin, have denied its very existence, mobilizing the heavy artillery of state ideology in their defence, whilst later scholars show signs of reversing this trend.Drawing on a large body of Soviet writing on historiography, Stephen Dunn develops a critical analysis of the issue, and introduces important corrections to the accounts hitherto available in the West. His work should be of major interest to students of Soviet politics, economists and Marxists.