- Book One of the Falconer Trilogy

indgår i serie The Falconer 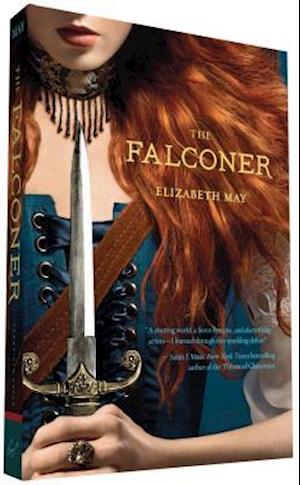 "A riveting world, a fierce heroine, and electrifying action--I burned through this sparkling debut " --Sarah J. Maas, New York Times bestselling author Edinburgh, 1844. Beautiful Aileana Kameron only looks the part of an aristocratic young lady. In fact, she's spent the year since her mother died developing her ability to sense the presence of sithichean, a faery race bent on slaughtering humans. She has a secret mission: to destroy the faery who murdered her mother. But when she learns she's a Falconer, the last in a line of female warriors and the sole hope of preventing a powerful faery population from massacring all of humanity, her quest for revenge gets a whole lot more complicated. Now in paperback, this electrifying thriller--the first volume of a trilogy from an exciting new voice in young adult fantasy--blends romance and action with steampunk technology and Scottish lore in a deliciously addictive read. Dying for more? Don't worry, you don't have to wait to continue reading Book two in The Falconer Trilogy, The Vanishing Throne is available now. Book three, The Fallen Kingdom is available for preorder.