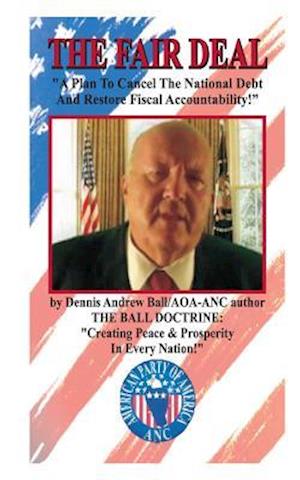 THE FAIR DEAL addresses the serious problems of America's economic problems created by the Central Banks aka THE FEDERAL RESERVE SYSTEM signed into law December 23, 1913, President Woodrow Wilson gave the keys to the nation to the Central Bankers to do with as they pleased. Author and Presidential Candidate, Dennis Andrew Ball skillfully lays out the case for THE FAIR DEAL: a new tax code based on spending not income replacing the Federal Reserve System with the United States Treasury as President Kennedy knew during his presidency. Follow Dennis as he shows us what has happened and what must be done to correct the serious economic problems of our time