The Failure of Popular Constitution Making in Turkey 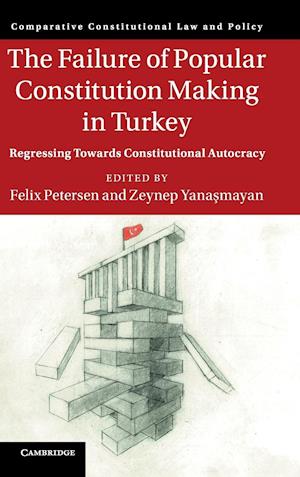 This book offers an in-depth account of the failure of popular constitution making in Turkey from 2011 to 2013, which was an anomaly in the otherwise authoritarian history of Turkish constitutional politics. The authors demonstrate that, even in unfavorable conditions, constitution making that brings together different stakeholders can potentially lead to significant improvement of constitutional regimes. Long-standing societal divides regarding cultural and religious diversity, which were evident in political parties' negotiations, played a significant role in the failure of the process in Turkey. Most notably, the ruling AKP's insistence on establishing a presidential system - supported by neither other political parties nor the public - destabilized the process and exacerbated distrust among the drafters. Unfavorable procedures, particularly an unrealistic deadline and the unanimity principle, prevented consensus and allowed the AKP to hijack the process. The process was a missed opportunity for democratization before Turkey plunged into full-fledged democratic backsliding.

Forfattere
Bibliotekernes beskrivelse This book details the conditions leading to the failure of constitution making and constitutional reform in Turkey, and offers lessons that can be applied elsewhere. It will appeal to scholars and students of constitutional politics and be valuable supplementary reading for undergraduate and graduate courses in Turkish studies. Worked examples or Exercises; 4 Tables, black and white; 4 Line drawings, black and white