The Failure of Gothic

- Problems of Disjunction in an Eighteenth-century Literary Form 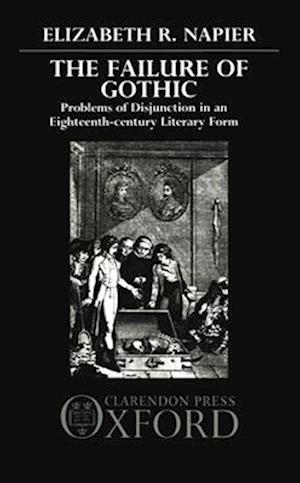 The English Gothic novel has recently attracted renewed attention by modern critics who have argued its importance as a mirror of late 18th-century discomfort with the political, psychological, and sexual climate of the times. Elizabeth Napier's work challenges these views, suggesting that the instability of the form may be more successfully addressed through a study of generic structure and its relationship to the designs of the fictional works that preceded it. The first full-length study of narrative conventions in the Gothic, The Failure of Gothic examines the disjunctive form of much Gothic fiction, and its repeated, troubling failure to deal conclusively with both the ethical and the formal issues it raises.

Forfattere
Bibliotekernes beskrivelse This study examines the narrative conventions in one of the most popular and controversial of 18th-century English literary genres: the gothic novel.