The Fact or Fiction Behind Football

indgår i serie Truth or Busted 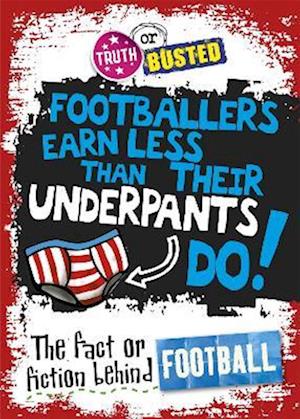 This fact-filled book takes popular notions and ideas about football and examines where the myth came from, how or why it has become well known, and finally whether it really is true or false! It looks at statements like: 'World War One was stopped for a game of football' or 'A player was murdered for scoring an own goal'. Each statement is evaluated and then awarded a Truth or Busted stamp at the end of each entry. The title also has fascinating features such as highest transfer fees around the world or cool David Beckham facts, as well as a mini quiz on football teams and their grounds!