The Eyes of Exeter 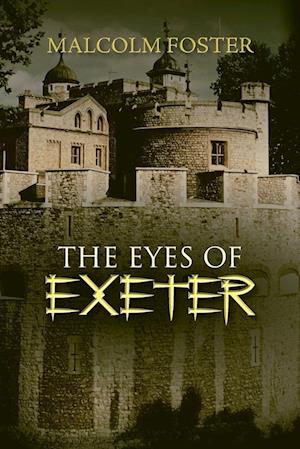 The year is 1068. The Norman Conquest of England is still in its early stages. William has been crowned king but faces stiff and determined opposition from Saxons across the country. In order to control rebellious peasants, William replaces Saxon lords with Normans. They set about building castles the length and breadth of the land and suppressing sedition. The city of Exeter, surrounded by its Roman walls, is thriving and is the third city of England, rich and famous for wool and cloth. It contributes much to the king's coffers in taxes. However, when the king demands a vastly increased "tribute" from the citizens, they refuse to pay as he is an alien and unwanted ruler. In the city lives Countess Gytha, mother of the late King Harold, who, as Earl of Wessex, was much loved by local Saxons. The presence of the countess acts as a focus for opposition to William's unreasonable demands. Tostig, a local carpenter, rises through the ranks of society and is elected leader of the Council of Elders. To him falls the task of writing to the king, refusing payment, and coordinating efforts to defend the city in case the Normans visit. Upon receiving Exeter's refusal to pay the tribute, William travels to Devon with an army to besiege the city if necessary and force the citizens to yield and swear fealty to him. The citizens barricade themselves behind their impenetrable walls and wait. In order to resolve the problem with all speed, the king captures a Saxon and makes an example of him to teach the citizens a lesson.