The Extreme Right in France, 1789 to the Present 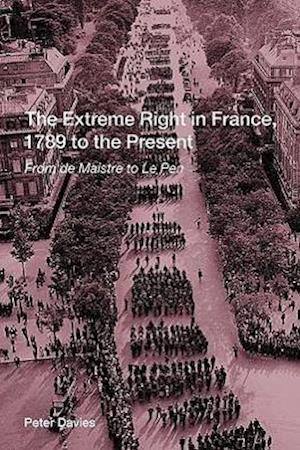 The Extreme Right in France, 1789 to the Present surveys the history of a fascinating but contentious political and intellectual tradition. Since 1789 the far right has been an important factor in French political life and in different eras has taken on a range of guises including traditionalism, ultra-royalism, radical nationalism, anti-Semitism and fascism.This book is structured around the five main phases of extreme right activity, and the author explores key questions about each:* Counter-revolution - what was the legacy of Joseph de Maistre's writings?* Anti-Third Republic protest - how was the 'new right' of the 1880s and 1890s different from the 'old right' of previous decades?* Inter-war fascism - how should we characterise the phenomenon of fascisme francaise?* Vichy - why did Petain and Laval collaborate with the Nazis?* The Post-war far right - what is the relationship between Poujadism, Algerie Francaise and Le Pen's FN?