- Articles by the Crusading Journalist 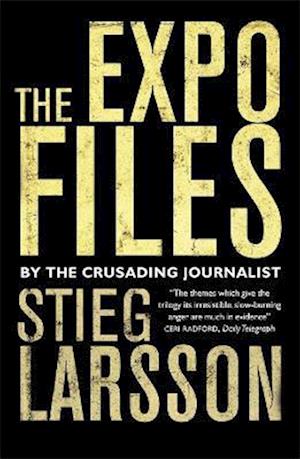 Now almost exclusively known as the author of the bestselling Millennium Trilogy, as a professional journalist Stieg Larsson was an untiring crusader for democracy and equality. As a reporter and editor-in-chief on the journal Expo he researched the extreme right both in Sweden and at an international level. Collected here for the first time are essays and articles on right-wing extremism and racism, on violence against women and women's rights, on homophobia and honour killings. Larsson never ceased to fight for and write about his most firmly held principles; it was his commitment to these which gave his best-selling novels their explosive force.

Forfattere
Bibliotekernes beskrivelse Another side of Stieg Larsson - a collection of incisive articles and texts by the author of the Millennium Trilogy.