The Explorer's Roadmap to National-Socialism 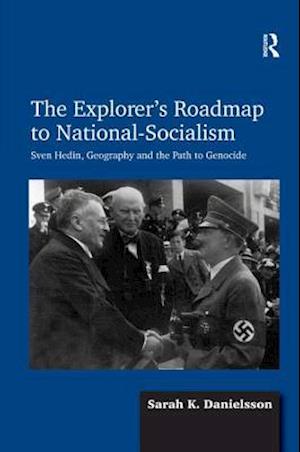 Whilst terms such as Lebensraum are commonly associated with National-Socialist ideology of the 1930s and 40s, ideas of racial living space were in fact generated in the previous decades by an international geographic community of explorers and academics. Focusing on one of the most influential figures within this group, Sven Hedin, this is the first study that systematically connects the geographic community to the intellectual history of the development of National-Socialist ideology and genocidal practices. The book demonstrates how colonial, racial and nationalistic policies were often spearheaded by explorers and geographers such as Hedin. In Germany, Britain, France, and Russia their positions as publicly recognized authors and reputable academics made them highly influential with politicians. Whilst this influence was to become most visible within Hitler's Germany, the debates were not by any means restricted to or even originated in, Germany. Germany was the home of some of the most prominent geographers, but this scientific community had a tradition of international debate and exchange with especially British, French and Russian geographic societies and institutions. Many issues that were later discussed and championed by National-Socialist ideology were aired and debated in this international setting - raising important questions about the international character and impact of National-Socialism. Tracing the intellectual history of the international geographic community and its relationship to National-Socialism, this study provides an assessment of Hedin's close involvement with the Nazi elite as a culmination of decades of political and scientific work. In so doing the book uncovers a long ignored or overlooked important connection between exploration, geographers, and genocide.