The European Union as Protector and Promoter of Equality 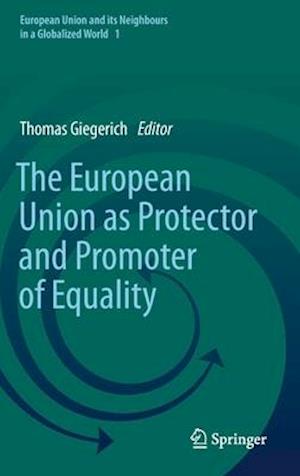 This book considers the European Union as a project with a major antidiscrimination goal, which is important to remember at a time of increasing resentment against particularly exposed groups, especially migrants, refugees, members of ethnic or religious minorities and LGBTI persons. While equality and non-discrimination have long been core principles of the international community as a whole, as is made obvious by the UN Charter and the Universal Declaration of Human Rights, they have shaped European integration in a particular way. The concepts of diversity, pluralism and equality have always been inherent in that process, the EU being virtually founded on the values of equality and non-discrimination. The Charter of Fundamental Rights of the EU contains the most modern and extensive catalogue of prohibited grounds of discrimination, supplementing the catalogue enshrined in the European Convention on Human Rights. EU law has given new impulses to antidiscrimination law both within Europe and beyond. The contributions to this book focus on how effective and credible the EU has been in combatting discrimination inside and outside Europe. The authors present different (mostly legal) aspects of that topic and examine them from various intra- and extra-European angles.