The Eurasian Project in Global Perspective 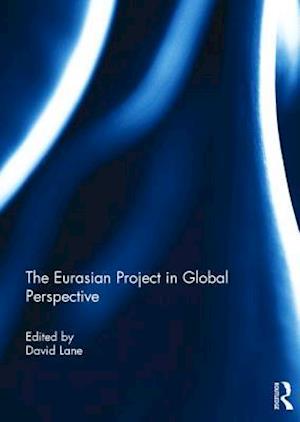 Regional associations have become major players in international politics and economics. The Eurasian Economic Union (EEU), composed of Russia, Kazakhstan, Belarus, Armenia and Kyrgyzstan, is considered as a player which will strengthen the international influence and international trade of the post-socialist countries. It is intended to become a parallel association to the European Union. This comprehensive volume considers the potential global role of the EEU. A major problem outlined is the balancing of relations between the EU and the West on the one hand, and China and the Shanghai Cooperation Organisation on the other. The book explores the impact of the global crisis as well as a consideration of the EEU in the world system of states. It also examines the EEU's relationship with other regional developments, in relation to the EU and to the outer circle of post-socialist states that joined neither the EU nor the EEU. It concludes by considering Eurasia in the Asian context, looking at the two central Asian countries (Kazakhstan and Kyrgyzstan), relations with China and the relationship between the Shanghai Cooperation Organisation (SCO) and the EEU. This book was originally published as a special issue of European Politics and Society.