- Immigration, Education and the Labour Market 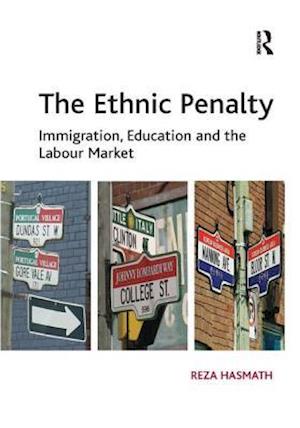 Populations of visible ethnic minorities have steadily increased over the past few decades in immigrant-receptive societies. While a complex calculus of push and pull factors has motivated this increase, one of the main impetuses for this migration has been the search for employment, better wages and a higher standard of living. It is therefore not surprising that the educational attainments of the first generation and beyond have achieved convergence with, or exceeded the non-ethnic minority cohort. These outcomes may suggest a greater propensity for visible ethnic minorities to attain labour market success and to fully integrate within the community. However, the narrative derived from statistical analysis, interviews and participant observation suggest an uneasiness boldly to claim this as the most convincing conclusion at this juncture. The Ethnic Penalty argues that a penalty has impeded the occupational success of ethnic minorities during the job search, hiring and promotion process. As a result, ethnic minorities have a lower income, higher unemployment and a general failure to convert their high educational attainments into comparable occupational outcomes. In this context, the book examines whether explanatory factors such as discrimination, an individual's social network, a firm's working culture, and a community's social trust are major contributing reasons behind this apparent penalty, whilst also making suggestions for improving the integration, education delivery, and labour market outcomes of visible ethnic minorities.