The Ethics of War 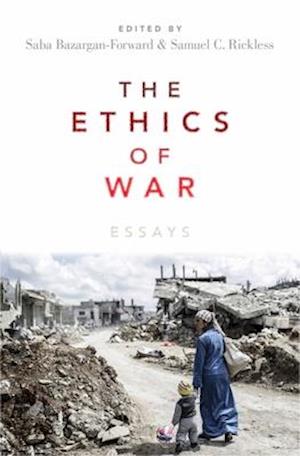 Just War theory - as it was developed by the Catholic theologians of medieval Europe and the jurists of the Renaissance - is a framework for the moral and legal evaluation of armed conflicts. To this day, Just War theory informs the judgments of ethicists, government officials, international lawyers, religious scholars, news coverage, and perhaps most importantly, the public as a whole. The influence of Just War theory is as vast as it is subtle - we have beensocialized into evaluating wars largely according to the principles of this medieval theory, which, according to the eminent philosopher David Rodin, is "one of the few basic fixtures of medieval philosophy to remain substantially unchallenged in the modern world".Some of the most basic assumptions of Just War Theory have been dismantled in a barrage of criticism and analysis in the first dozen years of the 21st century. "The Ethics of War" continues and pushes past this trend. This anthology is an authoritative treatment of the ethics and law of war by both the eminent scholars who first challenged the orthodoxy of Just War theory, as well as by new thinkers. The twelve original essays span both foundational and topical issues in the ethics of war, including an investigation of: whether there is a "greater-good" obligation that parallels the canonical lesser-evil justification in war; the conditions under which citizens can wage war against their own government; whether there is a limit to the number of combatants on the unjust side who can be permissibly killed; whether the justice of the cause for which combatants fight affects the moralpermissibility of fighting; whether duress ever justifies killing in war; the role that collective liability plays in the ethics of war; whether targeted killing is morally and legally permissible; the morality of legal prohibitions on the use of indiscriminate weapons; the justification for the legaldistinction between directly and indirectly harming civilians; whether human rights of unjust combatants are more prohibitive than have been thought; the moral repair of combatants suffering from PTSD; and the moral categories and criteria needed to understand the proper justification for ending war.

Forfattere
Bibliotekernes beskrivelse This authoritative treatment on the ethics of war contains twelve original essays by eminent scholars who first challenged the orthodoxy of Just War theory, as well as by up-and-coming thinkers. The essays span both foundational and topical issues in the ethics of war.