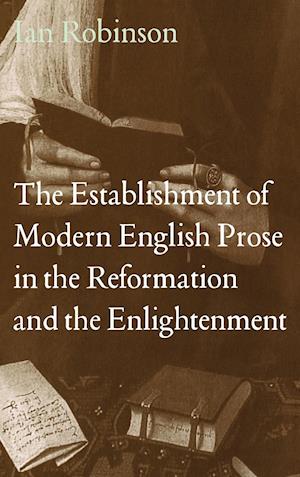 In The Establishment of Modern English Prose in the Reformation and the Enlightenment Ian Robinson traces the legacy of prose writing as an art form that was theorised and propagated in a manner quite distinct from verse. Robinson argues that the history of English prose has been misrepresented by critics who have failed to understand the grammatical complexities of the language. Engaging with histories of rhetoric as well as the work of the great prose writers in English, Robinson provides a bold reappraisal of this literary form, combining literary criticism with linguistic and textual analysis. He shows that the formal construct of the sentence itself is historically conditioned and no older than the post-medieval world. The relationship between rhetorical style and literary meaning, Robinson argues, is at the heart of the way we understand the external world.