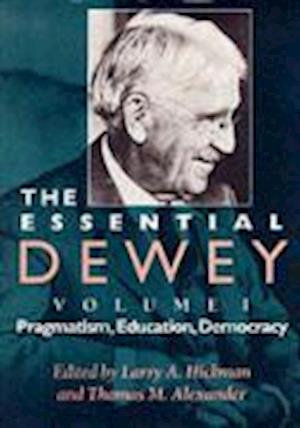 In addition to being one of the greatest technical philosophers of the twentieth century, John Dewey (1859-1952) was an educational innovator, a Progressive Era reformer, and one of America's last great public intellectuals. Dewey's insights into the problems of public education, immigration, the prospects for democratic government, and the relation of religious faith to science are as fresh today as when they were first published. His penetrating treatments of the nature and function of philosophy, the ethical and aesthetic dimensions of life, and the role of inquiry in human experience are of increasing relevance at the turn of the 21st century.Based on the award-winning 37-volume critical edition of Dewey's work, The Essential Dewey presents for the first time a collection of Dewey's writings that is both manageable and comprehensive. The volume includes essays and book chapters that exhibit Dewey's intellectual development over time; the selection represents his mature thinking on every major issue to which he turned his attention. Eleven part divisions cover: Dewey in Context; Reconstructing Philosophy; Evolutionary Naturalism; Pragmatic Metaphysics; Habit, Conduct, and Language; Meaning, Truth, and Inquiry; Valuation and Ethics; The Aims of Education; The Individual, the Community, and Democracy; Pragmatism and Culture: Science and Technology, Art and Religion; and Interpretations and Critiques. Taken as a whole, this collection provides unique access to Dewey's understanding of the problems and prospects of human existence and of the philosophical enterprise.