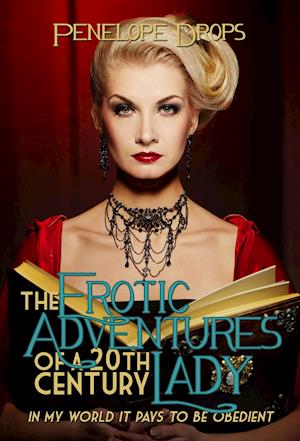 The Erotic Adventures of a 20th Century Lady by Penelope Drops is what she considers to be an autobiography of her escapades in stern domination and becoming one of the leading Madams in the 20th century, long before it was considered acceptable for people to even discuss sexual relations. This wild tale regales readers with Madam Penelopes outrageous entry into the world of domination. When her parents are suddenly killed in the Hindenburg disaster, she is given instructions left by her father to open a trunk shes neither seen nor heard of. The contents of the trunk amaze and astound Penelope, as she never knew about her parents secret life of utter debauchery. Her father left her with photographs, a list of people that joined in their circle of deviancy, and instructions on how to access many devious devices set about the grounds of their estate. Her mother left her a letter explaining her life as a submissive to Penelopes father, overwhelming Penny even more. The naïve young woman takes it upon herself to discover whether being a dominant female will work for her as she subjects the junior gardener, James, to multiples types of torture by birching and strapping him to a machine of her grandfathers design. The machine bound, stretched and tormented young James, but soon after he was released, he signed a contract giving Penelope complete and total control of him. After more searching, Penelope soon discovers her thirst for authority stretches further than James and her household staff. She begins plotting a wondrous party, where she will create her own circle of dominants and submissives from people who joined her parents in theirs. With the help of her familys Machiavellian machines and her always loyal James, she brings together a new circle of people for a party beyond anything in their wildest imaginations.