- Servitude for "the common good" and the Youth Exodus 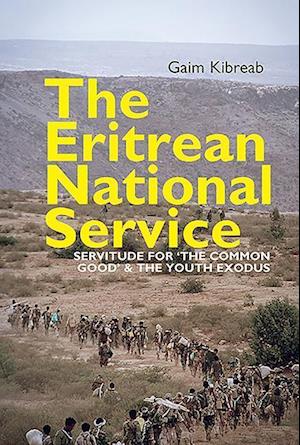 The Eritrean National Service (ENS) lies at the core of the post-independence state, not only supplying its military, but affecting every aspect of the country's economy, its social services, its public sector and its politics. Over half the workforce are forcibly enrolled into it by the government, driving the country's youth to escape national service by seeking employment and asylum elsewhere. Yet how did the ENS, which began during the 1961-91 liberation struggle as part of the idea of the "common good" - in which individual interests were sacrificed in pursuit of the grand scheme of independence and the country's development - degenerate into forced labour and a modern form ofslavery? And why, when Eritrea no longer faces existential threat, does the government continue to demand such service from its citizens? This book provides for the first time an in-depth and critical scrutiny of the ENS'sachievements and failures and its overarching impact on the social fabric of Eritrea. The author discusses the historical backdrop to the ENS and the rationales underlying it; its goals and objectives; its transformative effects,as well as its impact on the country's defence capability, national unity, national identity construction and nation-building. He also analyses the extent to which the national service functions as an effective mechanism of transmitting the core values of the liberation struggle to the conscripts and through them to the rest of country's population. Finally, the book assesses whether the core aims and objectives of the ENS proclaimed by various governmentshave been or are in the process of being accomplished and, drawing on the testimony of the hitherto voiceless conscripts themselves, its impact on their lives and livelihoods. GAIM KIBREAB is Professor of Research andDirector of Refugee Studies, School of Law and Social Science, London South Bank University. He is the author of Eritrea: A Dream Deferred (James Currey, 2009) and People on the Edge in the Horn (James Currey, 1996).