The Epistle of Paul the Apostle to the HEBREWS 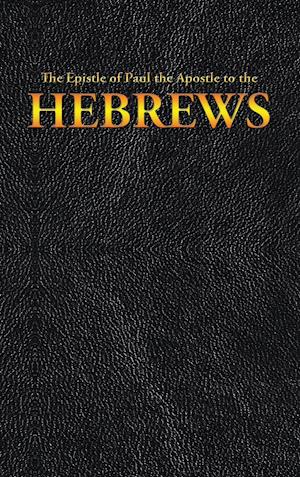 This keepsake hard cover edition of The Epistle of Paul the Apostle to the HEBREWS was taken from the King James translation of the Bible. The King James Translation is a masterwork of style, and the most important book in the English language, it  has been the driving force in shaping the English-speaking world for hundreds of years.

Hebrews opens with an exaltation of Jesus as the radiance of God’s glory, the express image of his being, and upholding all things by his powerful word. The book was written because some Christians had begun to doubt whether Jesus could really be the Messiah, because they believed the Messiah prophesied in the Hebrew Scriptures was to be a militant king and destroy the enemies of his people. Jesus, however, came as a mere man who was arrested by the Jewish leaders and who suffered and was crucified by the Romans. Although he was resurrected, he still left the Earth and his people now faced persecution rather than victory. Hebrews solves this problem by arguing that the Hebrew Scriptures also foretold that the Messiah would be a priest and Jesus came to fulfill that role. His role as a king was yet to come, and so those who follow him should be patient and not be surprised that they suffer for now.