The Environments of the Poor in South Asia 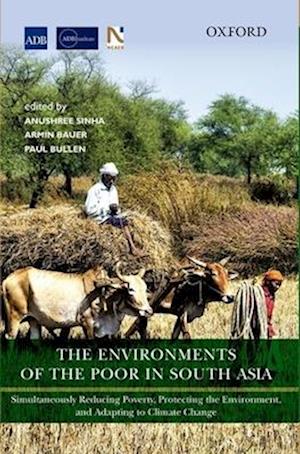 The agendas of those trying to reduce poverty and those trying to protect the environment have been at odds in the past. But they are coming together now due to a recognition of the increasing role of the environment in the lives of the poor in developing countries, especially with the changes to the environment being caused by global warming. This book contains a multitude of studies of the environment-poverty relationship, such as those in the drylands of Rajasthan and Odisha, the Sunderban Delta, the Nepalese uplands, the Sri Lankan and Bangladeshi coastlands, and the urban slums of India and Bangladesh. Floods, landslides, droughts, degradation of natural resources, and urban pollution exert a greater influence on the people in these areas than on those living in other geographical regions of South Asia.

Forfattere
Bibliotekernes beskrivelse This book is a thematic collection of previously unpublished essays on the condition of poor in difficult environmental conditions and documents some empirical observations on the interrelationship between poverty and environment. Tables :78 and Figures : 23