The Environmental Advantages of Cities 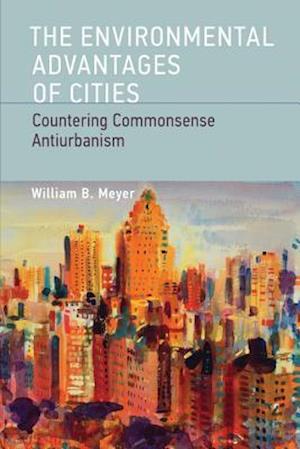 An analysis that offers evidence to challenge the widely held assumption that urbanization and environmental quality are necessarily at odds. Conventional wisdom about the environmental impact of cities holds that urbanization and environmental quality are necessarily at odds. Cities are seen to be sites of ecological disruption, consuming a disproportionate share of natural resources, producing high levels of pollution, and concentrating harmful emissions precisely where the population is most concentrated. Cities appear to be particularly vulnerable to natural disasters, to be inherently at risk from outbreaks of infectious diseases, and even to offer dysfunctional and unnatural settings for human life. In this book, William Meyer tests these widely held beliefs against the evidence.Borrowing some useful terminology from the public health literature, Meyer weighs instances of "urban penalty" against those of "urban advantage." He finds that many supposed urban environmental penalties are illusory, based on commonsense preconceptions and not on solid evidence. In fact, greater degrees of "urbanness" often offer advantages rather than penalties. The characteristic compactness of cities, for example, lessens the pressure on ecological systems and enables resource consumption to be more efficient. On the whole, Meyer reports, cities offer greater safety from environmental hazards (geophysical, technological, and biological) than more dispersed settlement does. In fact, the city-defining characteristics widely supposed to result in environmental penalties do much to account for cities' environmental advantages.As of 2008 (according to U.N. statistics), more people live in cities than in rural areas. Meyer's analysis clarifies the effects of such a profound shift, covering a full range of environmental issues in urban settings.