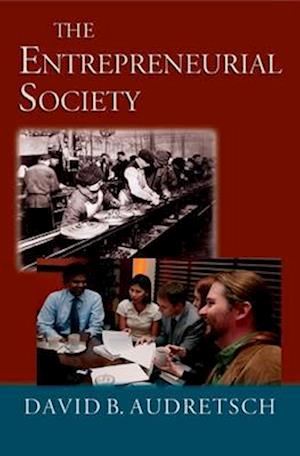 Your father most likely enjoyed the security of life-time employment with a major corporation. No more. While the previous generation had an average of four employers over the course of their lifetimes, the current generation will hold four different jobs by the time they reach 30. One of their employers will be either someone they know or themselves. If you're not an agent of change by contributing to innovation and doing something different and better today thanyesterday, don't expect your job to be around for much longer. Over two-thirds of college students will be their own boss at some point in their lifetime. You can either take a job or, by becoming an entrepreneur, create jobs for others. Entrepreneurship is good not just for individuals. It is also thelink to growth, jobs and competitiveness in a global economy. The too often missing link in communities, cities, states, and entire countries plagued by rising unemployment and stagnation is entrepreneurship. What saved America from going under in a sea of imports flooding in from Japan and Europe? The same thing that has emerged as the positive and proactive response to globalization- entrepreneurship. The world has woken up and stands at the crossroads: Welcome to the entrepreneurialsociety.

Forfattere
Bibliotekernes beskrivelse While the previous generation had an average of four employers over a lifetime, the current generation will hold four different jobs by 30. You can either take a job or, by becoming an entrepreneur, create jobs for others, which good for individuals, and also the link to growth in a global economy. Welcome to the entrepreneurial society. numerous line figures