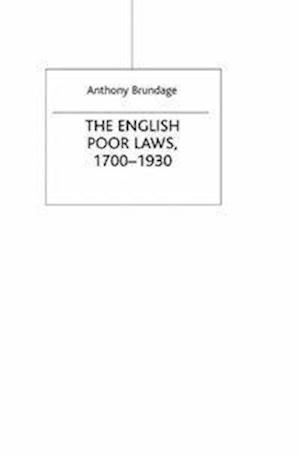 The English Poor Laws examines the nature and operation of the English poor law system from the early eighteenth century to its termination in 1930. The book traces the law's development from a localized measure of poor relief designed primarily for rural communities to an increasingly centralized system attempting to grapple with the urgent crises of urban poverty. The deterrent workhouse, medical care, education, assisted emigration, family maintenance, vagrancy and the relationship of the poor laws to private charity are some of the topics covered. The perspectives and reactions of the poor to the workhouse system, as well as to changing relief policies have also been highlighted. This includes the sometimes spirited opposition of the poor to the oppressive features of the law. The relationship of the poor laws to economic development, in both the agrarian and industrial sectors, is also explored, as are the connections of changing relief policies to wider currents of intellectual and social life.